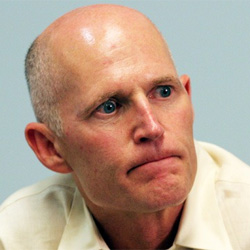 In an interview with the Sarasota Herald-Tribune, Florida Governor Rick Scott proposed cutting funding for liberal arts education and degrees that "don't offer a good return on investment."

Psychology and Anthropology are just two of the subjects Scott feels don't deserve tax revenue to sustain, which he believes are subsidized by the state university system.

"Is it a vital interest of the state to have more anthropologists? I don't think so."

Governor Scott instead wants to use that money to fund STEM programs that he believes will create more jobs in Florida.

This decision is sure to stir up a heated debate. Where do you stand? Should some disciplines be left behind for the sake of job creation?